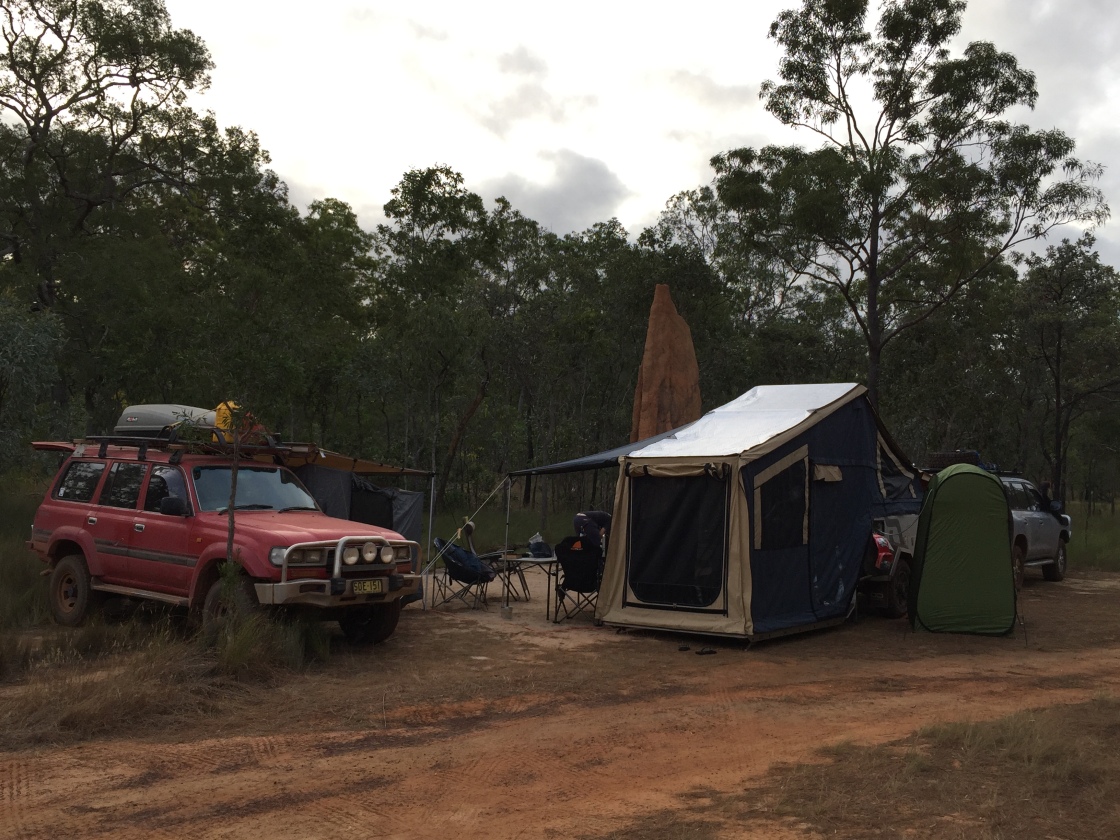 Last week was a week of adventures here with Cass and the Country. Joey and I left Weipa last Thursday afternoon and drove those punishing corrugations to Bramwell Station Tourist Park. It was here that we met my Brother Darryn and his partner Kel, along with their brand spanking new camper trailer, Colin. It was like there was a 5th person on the trip. Darryn had driven all the way from Brisbane, and Kel met him in Cairns, where they continued the drive together.

The adventure up to the tip of Australia along the Old Telegraph Track would start the following morning. I didn’t realise it was such slow driving on 4WD tracks. The next 3 days involved no toilets or showers! (Plenty of swims in freshwater creeks to compensate though). This was a big thing for me, I had never camped for this long before and to be honest  I was very anxious about the whole thing. It all worked out in the end and we had many adventures, including creek crossings, camper trailer damage and Crocs.

Both couples (+ Colin) had very different approaches to everything. Colin, Darryn & Kel had everything they needed + more. Colin is a fancy “push button” camper that when the button is pushed, Colin opens up. Joey and myself have a tent that zips onto the awning on the side of the 4WD + a blow up Euro Bed [more about this later 😦 ]. We pretty much only had the basics. Travelling with Joey has taught me to pack quite light. There were only two things in my bag that I did not wear. This is a new record for me, I am a chronic over- packer! The two things I didn’t use were a cardigan and a jumper. The weather was beautiful. It was at one of the freshwater waterfalls and creeks that we went swimming in, that Darryn said to me “Can you believe it is winter?”

We drove slowly along the Old Telegraph track, soon to be met by our first river crossing, Palm creek. The boys got out and had a look and decided which was the best way to go. I gave myself the title of chief photographer, out I jumped ready to capture the action.Kel was not well at all, she had the flu – the poor thing, I’m sure bumping along those tracks was not fun feeling like that, you could read it all over her face!

Darryn, Kel and Colin started to navigate their way through, only to get stuck at the exit. Out came the winch, it was at this stage I was wondering who in the world decided that driving cars and campers through creeks and over bumpy trails was a good idea. 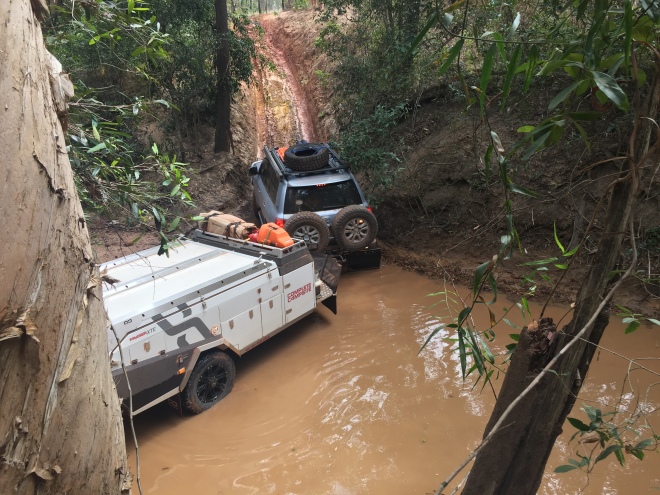 These thoughts didn’t last long. After not long I was hooked, this trip spoke to every adventures bone in my body, I was loving it. So much so, I jumped into the drivers seat for the second crossing. I was a bit gutted that everyone else forgot to take pictures of me driving through the water for the very first time 😦

Lots of creek crossings, and too many to remember all the names. Lots of photos and videos to share. The two well known crossings apparently are Nolan’s creek and Gunshot, Gunshot was treacherous, so we made the journey there just for a look and then drove back out along the bypass track. Joey would have given anything to have a shot, but we knew we needed to keep our small convoy together. We saw several cars go through, some with the help of winches, others just decided to rip it up even more, we even saw a VW Beetle. 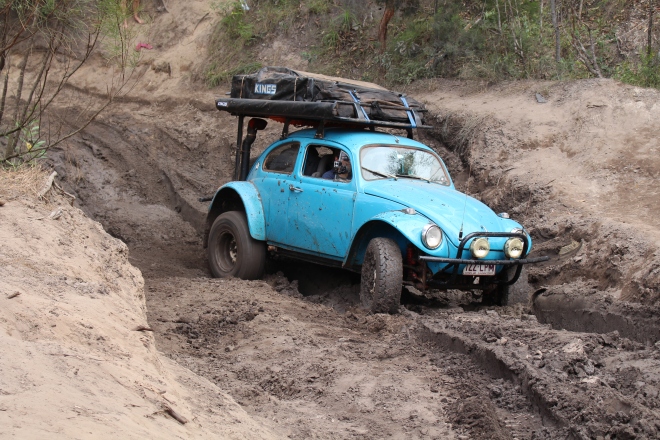 Joey monkyed around, swinging off one of the telegraph poles that the track gets it name from, we swam in freshwater creeks and jumped into waterfalls #sensational. 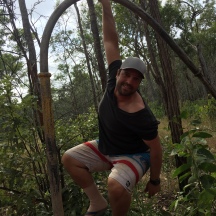 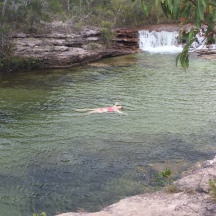 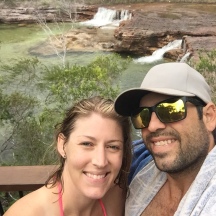 After 3 nights camping along the Tele track, we made it to Punsand bay, where Darryn & Kel set up camp one more time. Because our tent is attached to the car and we needed the car we waited until we returned from the tip.

We choose the 4WD track up to the tip, after a bit of convincing Darryn agreed, after all, we were here for an adventure! We made it and all took the obligatory photos at the sign. 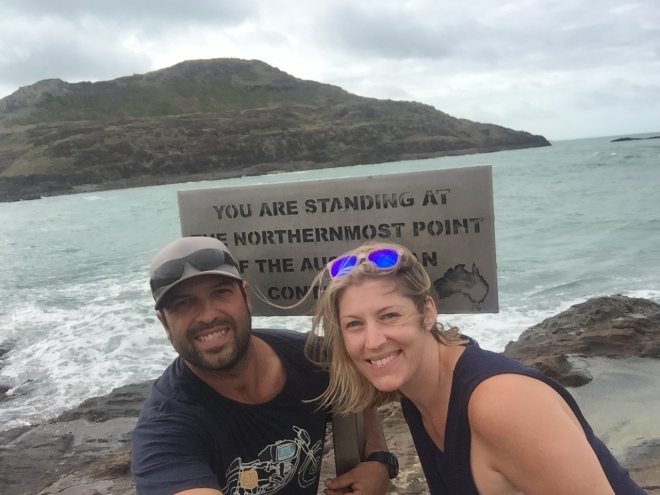 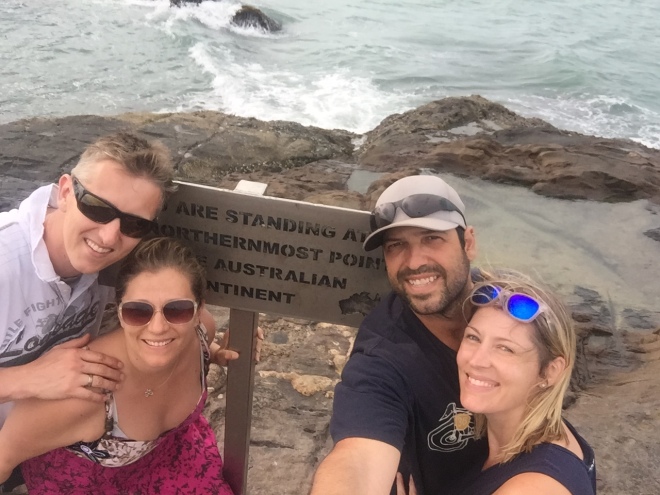 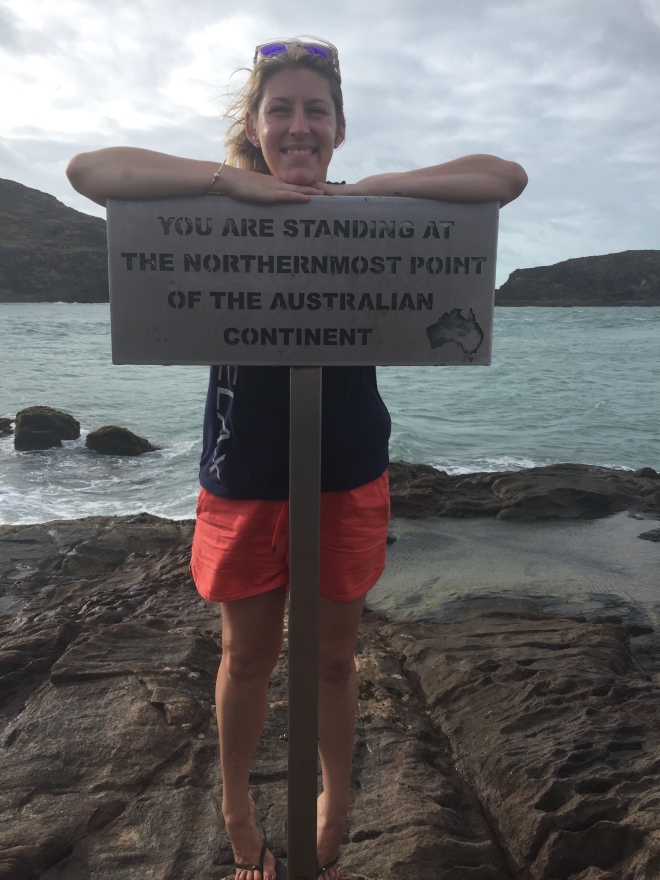 On our return to camp it turned out our wonderful Euro bed had a bit of a rip in it and wasn’t inflating properly, Joey and I booked a tentete, a mix between a cabin and a tent. We were having such a great time, we even decided to stay another day.

The following day, Joey and I experienced a 45 minute helicopter ride. The highlight of the trip, we saw the tip from the air, we saw Crocs (see the middle photo & check out the video below), we saw the spot where Joey got bogged last year at Roma flats, we saw rivers, trees and we even saw Colin the camper from the air on our decent back to Punsand. It was so windy in the chopper and we learnt the pilot was only 21. What a champion, getting his helicopter pilot license at such a young age! #determined 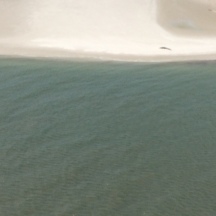 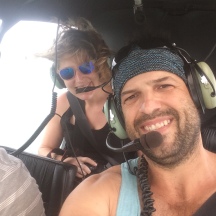 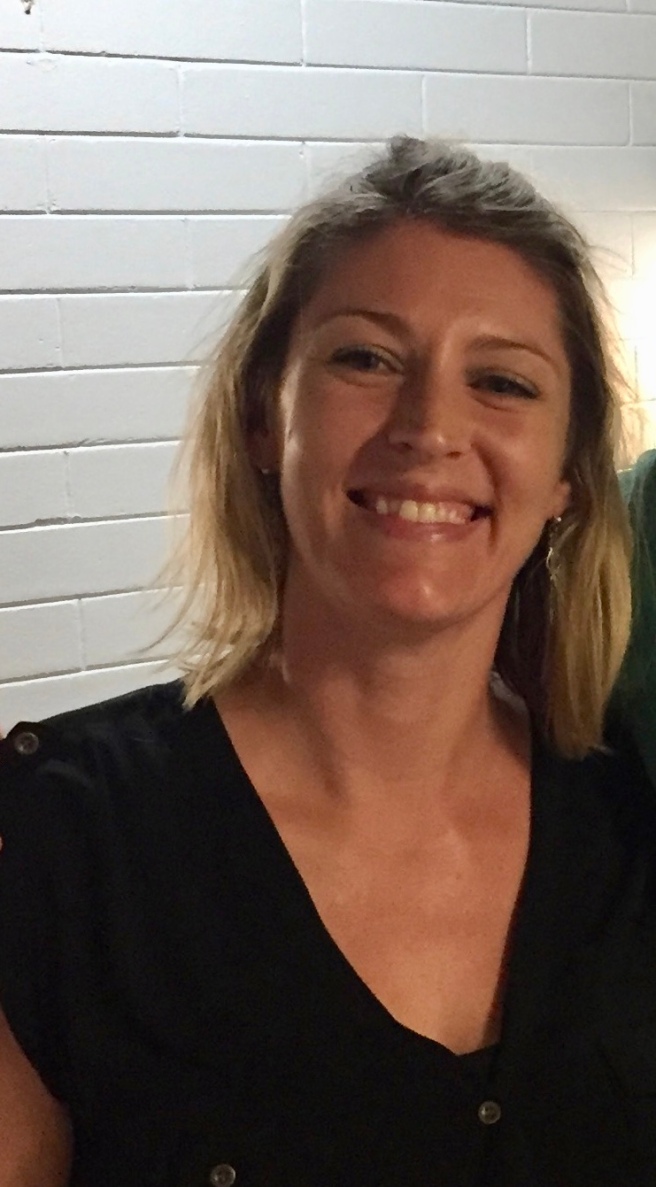